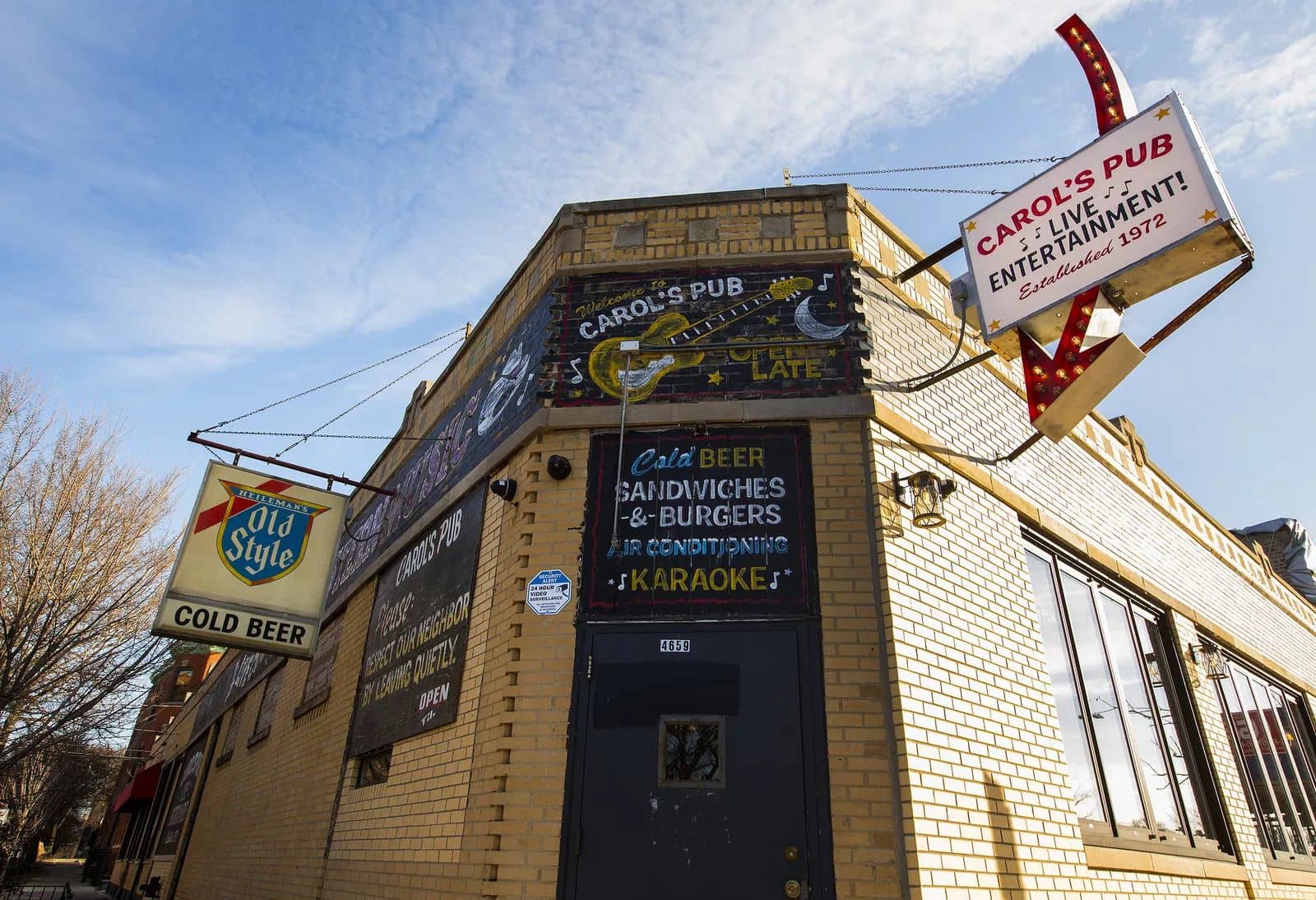 The new owner of Carol’s Pub has found a few mysteries inside the 45-year-old North Side dive. The biggest holdup preventing the bar from reopening — it’s been closed since September 2016 — has been fixing the west wall that faces Clark Street. The late-night dive has been a popular spot for cheap beer and live country music for decades at 4659 N. Clark Street. Ed Warm called the wall a “nightmare.”

"Reboot of the Year: Carol’s Pub"

"The lights are brighter, the beer is better..."

"...dancing, live music and shenanigans fill the bar and dance floor to the wee hours"

"May Carol’s live another 45 years"

Uptown Update reported that the wall’s being replaced because it wasn’t structurally sound. Given that construction, Warm said “we are getting close.” While not committing to an opening date, Warm hopes to give Carol’s adoring fans an update and more details on what he’s planned for the bar sometime in December. Warm took over Carol’s earlier this year. He also owns Joe’s on Weed Street, the gigantic sports bar that hosts live music in Lincoln Park. Warm’s not looking to bring that crowd to Carol’s and wants to maintain the atmosphere that kept loyal fans in the bar well past midnight. Carol’s had a late-night liquor license so it can serve until 4 a.m. every day; until 5 a.m. going from Saturday night into Sunday morning.

“ The honky-tonk hideout is back and better than ever. ”

“ ...Carol's Pub still feels like the neighborhood honky-tonk it was when it opened in 1972 ”

“ We really want to embrace the local Chicago music scene. ”

“ [Carol's] is a fun spot to stay out drinking and dancing to live country music until 4am. ”